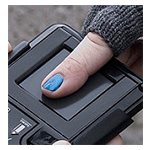 Concerns regarding intrusions of privacy aside, some 6 in 10 U.S. adults who have used biometric technology (62%) are comfortable with it, according to a new biometric user survey from CTA (Consumer Technology Association).

Nearly 6 in 10 (58%) said they support the use of biometrics for altruistic purposes in medical research. Two-thirds (67%) said the same regarding use of biometrics in assistive technology, according to CTA’s ¨Biometric Technologies: Understanding Consumer Sentiments.¨

Speaking on behalf of CTA members, Shapiro said the industry association is committed to assuring consumer and data privacy even as the industry incorporates innovations that improve the accessibility and convenience of biometrics. He added that consumer perceptions of biometrics are improving as awareness and understanding grows.

“We are seeing a shift in consumer perception of biometrics that demonstrates an understanding of the benefits – such as streamlined security and personalized services – this technology offers. And as consumers become more familiar with the benefits of biometrics tech, that favorable perception will only grow – the industry has an enormous opportunity here.”