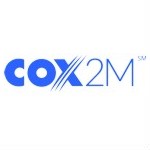 Cox Communications is getting more aggressive on the wireless front, but so far at least, it’s taking a different form than we might have expected. It’s wireless ambitions will initially focus on commercial opportunities related to the Internet of Things, with the company’s launch yesterday of Cox2M Internet of Things service. Other cable companies, including Comcast, have IoT business lines, but also have pushed into consumer mobile service.

Cox2M is a “turnkey” offering that enables customers to connect “nearly any asset, anywhere” and to “receive real-time intelligence and notifications of any issues,” according to the company. The company provides a “platform” that bundles “connectivity, hardware and software into one cohesive package,” according to a press release.

To support Cox2M, Cox has been deploying wireless low-power wide area (LPWA) network connectivity, a Cox spokesperson said in an email to Telecompetitor. The company has been “testing, evaluating and/or deploying several LPWA protocols on unlicensed spectrum,” the spokesperson said. Those protocols include RPMA, LoRa, and Sigfox, he noted. In addition, the company has been working with protocols such as NB-IoT and LTE-M that operate in licensed spectrum.

“We will choose the best protocol/s for each specific custom deployment’s needs,” the spokesperson said.

Cox doesn’t have its own cellular network. Instead, when protocols such as NB-IoT or LTE-M are used, the company will purchase licensed spectrum connectivity from the carrier or carriers that best fit with the specific custom IoT deployment, according to the spokesperson.

Cox2M
“Our IoT platform is open, enterprise-grade, and supercharged with tools that make the most out of your data,” notes a Cox2M website.

These offerings can be tailored to meet a customer’s specific needs. For example, Cox said it will source or custom build sensors depending on a customer’s requirements.

Intuitive interfaces also are part of the offerings, the company said. Alternatively, Cox can integrate its offerings with the customer’s existing reports and tools.

Cox has successfully piloted Cox2M in multiple deployments over the last year, the spokesman said. In addition he said the company has signed a deal that will create the largest commercial LPWA deployment in North America.