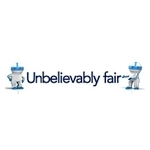 Cox officially launched its ‘unbelievably fair’ wireless service in three markets today, including Hampton Roads, Va; Omaha, Ne; and Orange County, Ca. The bold move by Cox has been in the planning for some time.

Cox is busily building out their own facilities based wireless network, but this initial launch uses Sprint’s 3G network. They are offering a variety of Android powered smartphones, as well as mobile broadband USB modems. Individual plans range from $40/month for 450 minutes to $100/month for unlimited talk, text, and web. There are also family plans ranging from $70/month to $120/month.

Cox is entering a crowded wireless field and will have their work cut out for them. Early indications suggest Cox has a deliberate strategy of converting their existing wireline customer base to Cox wireless subscribers. Their early on differentiation tactics include:

Cox does have the benefit of offering a new wireless service which aims to capitalize on consumer frustrations with existing wireless services. They don’t have a legacy wireless culture to slow them down. As a result, differentiation tactics like Money Back Minutes may resonate with customers who feel existing wireless models are unfair and cheats them in some way. They are making a concerted effort to position their new service as ‘fair’ when compared to their new wireless telecompetitors.

Cox does have a 4G roadmap as well and eventually intends to move to a 4G LTE network. Cox has both AWS and 700 MHz spectrum at their disposal, having acquired it in 2006 and 2008 auctions for $550 million. They’ve been testing 4G in Phoenix and San Diego.

Cox broke ranks from the cable MSO industry with this go it alone wireless strategy. Their large MSO brethren, Comcast and Time Warner Cable, have gone the partnership route with Clearwire for their wireless strategy, and have thus far focused exclusively on mobile broadband, with no real wireless voice product.

This new Cox wireless venture will be one to watch. It’s a risky move for a cable company. Wireless is dominated in the U.S. by deep pocketed heavyweights like AT&T and Verizon. To say they have a huge headstart is the understatement of the year. But Cox has a pretty strong telephony legacy. They were an early on cable MSO pioneer with wireline telephony services (long before cable VoIP became popular), and have done quite well in taking residential and business phone customers away from these same heavyweights. Will they be able to repeat that success with wireless?