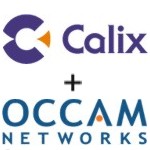 A Delaware court has delayed the planned merger between Occam and Calix. The court ordered that Occam’s shareholder vote on the transaction be delayed until February 22, 2011. The move apparently is a result of some disgruntled Occam shareholders who filed suit to stop the Calix transaction back in October.

Occam announced that they will hold a special meeting of shareholders on January 27, 2011 “…for the purpose of obtaining the approval of Occam stockholders of the proposed acquisition of Occam Networks by Calix, Inc. pursuant to the Agreement and Plan of Merger and Reorganization dated September 16, 2010, without a vote on the merger proposal,” and immediately adjourn it until 10:00a February 22, 2011. That should make for an interesting meeting.

The court also ordered that Occam “…make available to its stockholders prior to the vote additional information and requiring a deposition of Occam’s financial advisor.” Occam intends to comply. Occam reports that 63% of their shareholders have voted in favor of the acquisition by Calix.

Shentel Restructuring Will Reduce Workforce Due to T-Mobile Wireless Sale