Home » Could Boingo Deal Give CCA Members a Metro Foothold? 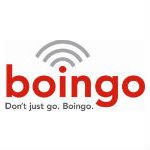 Boingo Wireless’s  deal to offer Wi-Fi offload solutions to members of the Competitive Carriers Association, announced this week, could be a way for rural carriers to establish a foothold in metro areas . Formerly known as the Rural Cellular Association, the CCA now includes former RCA members as well as T-Mobile, Sprint and Clearwire.

In an email to Telecompetitor, a Boingo spokesperson said the company’s Wi-Fi cellular offload solution is a “crowd-sourced” approach that enables each CCA member to “generate an increasingly relevant footprint” for its customer base – a capability that should have strong appeal to CCA members, especially rural members who have only local or regional cellular footprints.

“As more customers use Wi-Fi to offload in available hotspots – both commercial and open networks – those hotspots are validated and republished to the community at large, increasing the available footprint,” the spokesperson said. “Today that combined network is over 200,000 hotspots in the U.S., but these numbers are growing.”

Another attractive aspect of the Boingo offering is that it can be set up to automatically connect to Wi-Fi when Wi-Fi is available. “The solution we use is the Boingo app/SDK that we white label for the carriers, which has auto-connect features (for all operating systems except for iOS).”

The spokesperson added that next year the company will begin supporting the evolving industry standard for seamless roaming between cellular and Wi-Fi. The spokesperson cautioned, however, that “the majority of hotspots will take some time to adopt those standards so it is more of a long-term solution than a short-term solution.”

Since then wireless carriers have become very interested in Wi-Fi offload as a means of minimizing fast-growing traffic on their mobile data networks and making the best use of the spectrum available to them – with everyone from the Wi-Fi Alliance to Intel getting in on the act.

According to this week’s announcement from the CCA, 22% of mobile traffic is forecast to be offloaded to Wi-Fi by 2016.