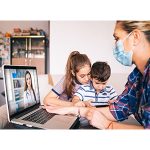 Complying with the Keep Americans Connected Pledge has cost the average rural wireless internet service provider about $32,700, according to a member survey conducted by the Wireless Internet Service Providers Association (WISPA). Hundreds of large and small broadband providers signed on to the pledge, committing not to cut off customers for non-payment of bills during the COVID-19 emergency.

Providers also committed to providing free Wi-Fi hotspots and not charging late fees. The average WISPA member has about 1,500 subscribers, according to the association.

The survey results were released late last week, as federal legislators consider whether to establish an aid package for service providers whose business has been endangered by honoring the pledge. At the same time, broadband providers are considering what steps to take as the Keep Americans pledge, established by the FCC in mid-March when COVID-19 was declared an emergency and subsequently extended, is due to expire tomorrow.

Potentially those costs could increase moving forward, as FCC Chairman Ajit Pai has been asking service providers to take steps to continue to ensure that Americans remain connected.

“I have asked [broadband] providers not to disconnect in July consumers and small businesses who have fallen behind on their bills as a result of the COVID-19 pandemic,” Pai told the Senate Committee on Commerce, Science and Transportation last week.

Pai said he had urged providers to place those accounts into payment plans and deferred payment arrangements to enable these accounts to “catch up.” He also asked providers to maintain and expand their plans for low-income families and veterans and for remote learning.

Some providers already have agreed to take those steps, Pai said.

Over the last week or two, FCC Pai has voiced increasingly strong support for the idea of federal monetary compensation for broadband providers for the cost of honoring the Keep Americans Connected Pledge.

Eleven days ago, Pai told the Senate Committee on Appropriations that complying with the Keep Americans Connected pledge could be a “hardship” for some broadband providers and offered to help legislators if they should decide to make funding available to the providers.

“[B]roadband and telephone companies, especially small ones, cannot continue to provide service without being paid for an indefinite period of time; no business in any sector of our economy could,” Pai wrote.

Two days after that, in his testimony before the Senate Committee on Commerce, Science and Transportation, Pai again noted that continuing to meet the pledge would be an increasing hardship for small providers and again urged legislators to take steps to provide support for the providers.