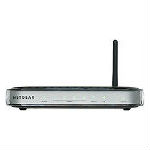 CTA and NCTA lead the Small Network Equipment (SNE) Voluntary Agreement initiative, which was modeled along the lines of an earlier, successful agreement covering TV set-top boxes (STBs). Leading small network equipment retailers and ISPs that deliver broadband services to residential customers signed the agreement in June 2015, agreeing to achieve a goal that 90 percent of the SNE bought and sold by them would meet new, rigorous energy effiency standards.

The aim is to conserve energy and contribute to a global effort to slow the pace of climate change by achieving ongoing gains in the energy efficiency of digital small network equipment.

An independent audit conducted by D+R International revealed that 89.6 percent of service providers’ purchases and vendors’ retail sales of SNE in 2015 met voluntary energy efficiency agreement standards. That’s just a tad shy of a  target calling for 90 percent by January 1, 2016.

Seven of the 11 reporting signatories have been able to meet the 90 percent commitment at this early stage of implementation. D+R also found that average energy usage of the SNE bought and sold by member companies in 2015 was 18 percent lower than that for other current models on the market.

“This is a significant accomplishment, bolstering our mutual interest in a commitment to reducing the energy footprint of the growing number of plug-load devices used by consumers,” commented Professor G.P. Li, Director of the California Plug Load Research Center at the University of California Irvine. “We anticipate this consortium’s effort will continue to realize valuable savings.”

Other notable 2015 developments include: