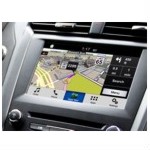 The prospective harbinger of autonomously operated, “self-driving” cars and vehicles, and Internet-connected car and vehicle technology may emerge into society’s mainstream sooner than many expect, turning longstanding commercial and personal relationships with cars, trucks and motor vehicles topsy-turvy, according to a new connected car survey from GSMA World Live.

Six in 10 of the nearly 1,000 stakeholders participating in a global survey for a white paper sponsored by InterDigital for GSMA World Live said they expected connected car roll-outs would be well under way within two years. Approaching 4 in 10 (36.4%) said that they were already under way in their country.

In sum, the results reveal that “the transportation industry is at the precipice of transformation, changing the way we drive and interact with our environment,” the authors state in the report’s closing summary.

It’s been predicted that by 2020, 55 percent of new vehicles – each with processing power equivalent to some 20 personal computers on average – will be network-connected, the authors of “Connected Cars: From Here to Autonomy” highlight.

Highlighting the numerous and varied commercial prospects, nearly half (48.8%) expected connected car monetization would be achieved by 2020.

Big Data and Internet of Things (IoT), as well as emerging next-gen 5G wireless/mobile network technology, are inextricably linked into connected and autonomous vehicle development and commercialization. “The Internet of Things and leading edge connected car technology is transforming the transportation industry, causing a profound paradigm shift that is much like the one that occurred when motorized vehicles were first introduced in the early 1900s,” according to the report’s executive summary.

For all their enthusiasm, respondents weren’t completely blinded by the light, the market researchers found. On the contrary, they see numerous and substantial challenges ahead.

Network technology wasn’t one of them, however: just 11.6 percent said that insufficient bandwidth or throughput would be an issue. In contrast, 36.6 percent identified spotty network coverage as the main deficiency when it comes to connectivity, one that potentially could hold back the launch of wide-scale roll-outs.

Connected car network and app security stands out as a challenge for connected car industry participants. Asked whether they agreed or disagreed with the statement: “I don’t know how to secure my connected car application or where my weak links are” 60 percent either strongly agreed or somewhat disagreed. In addition, 70 percent agreed that security capabilities could serve as a key differentiator used by consumers in deciding on connected car purchases.

Looking further ahead, respondents, though similarly cautious, agreed that the industry is advancing towards commercial introduction of autonomous cars and vehicles. Just over 7 in 10 (70.4 percent) said that gaining pubic trust was essential if autonomous vehicles are to gain mass market acceptance.

Furthermore, 54 percent agreed that autonomous vehicles will be safer than today’s unconnected cars, trucks and other motor vehicles. That raises another challenge for industry stakeholders: convincing the broad public.