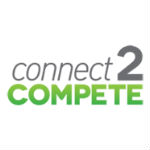 A group of cable Internet Service Providers (ISPs) including Comcast and Time Warner Cable, equipment manufacturers and nonprofit groups has joined the previously announced initiative  “Connect to Compete” (C2C), a public-private partnership organized by the FCC to address the barriers to broadband adoption, digital illiteracy and the employment skills gap.

Comcast, through the Internet Essentials program it launched this past summer, will play a pivotal role in the program. Together with the other participating cable companies, C2C will reach 86% of all U.S. households, according to a ComcastVoices blog post.

Increasing broadband adoption has been a priority for the FCC. Digital literacy, equipment and service costs are the three main reasons about one-third of Americans haven’t chosen to install broadband at home, according to research studies.

The C2C initiative will kick off at the start of the 2012-2013 school year with the launch of a $9.95 per month broadband cable Internet service for households with at least one child receiving a free lunch under the National School Lunch Program (NSLP). Some 17.5 million children are enrolled in the NSLP, according to a NY Times report. Also limiting the scale of the program, the $9.95 monthly price will be good for an initial two-years only.

Non-profit One Economy will help administer the program while participating companies will promote the effort through a combination of public service announcements and by working with local political, civic and community leaders.

An unspecified technology company will supply refurbished computers for qualified households for as low as $150. Microsoft has agreed to provide software and Morgan Stanley will help develop a micro-credit program to help families pay for the computers, according to the NY Times.

7 thoughts on “Connect to Compete Aims to Expand $10 Broadband”