Home » Connect America Fund Could Be Fully Committed for 2013 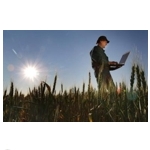 This year’s Connect America Fund program aimed at helping to cover some of the costs of bringing broadband to areas that currently do not have broadband service garnered a considerably more positive response than a similar program did last year. Based on input Telecompetitor has collected from carriers offered funding, it appears the entire $300 million allocated for the program for this year will find takers.

This year, like last year, the Federal Communications Commission made $300 million available to the nation’s largest price cap carriers to cover some of the costs of deploying broadband to high-cost rural areas lacking broadband today. Each carrier was offered an identical amount this year as last year, based on the percentage of rural lines in its local service territory.

Last year, carriers accepted only about $115 million of that funding, with some citing various concerns with the program. This year several program parameters were changed. Perhaps most importantly, carriers had the option of asking for more funding than they were offered, which would be made available to them in the event that other carriers were to reject funding.

Last year AT&T rejected funding and Windstream accepted only part of its funding.

Another key change
Another change to this year’s program was to open up funding to homes that cannot get service at rates of 3 Mbps downstream and 768 kbps upstream. Last year only homes lacking 768 kbps downstream service were eligible for funding.

Yesterday CenturyLink said it would accept $54 million of the nearly $90 million it was offered – and a large part of that funding will go toward homes in the second category. Last year the company accepted a considerably smaller portion of its allotment.

Frontier Communications last year was one of only a few companies that accepted its full allotment and the company made virtually the same decision this year, saying it would accept $71.5 million. Frontier’s annual allotment is just under $72 million.

There are at least two carriers, however, that have chosen not to participate in this year’s CAF program. That includes Verizon which for the second year in a row turned down nearly $20 million, and Consolidated Communications, which turned down its relatively small allotment of $421,000.

Crunching the numbers
Ten carriers were invited to participate in the CAF program, including seven that were offered allotments exceeding $1 million.

Depending on the decisions of carriers we did not hear from, the total amount of funding requested by the carriers is between $349.5 million and $359.5 million — or more if some of those carriers also request more than their allotment.

Although this year’s allotment was $300 million, there is a possibility that the carriers requesting funding above their allotment levels will be able to collect the full amount they requested because of a rollover of the funds unclaimed last year.

Update- The FCC later today issued a release stating that total funding requested was $385 million. It appears that AT&T and Windstream were not the only companies that requested more funding than was allotted to them — hence the difference between Telecompetitor’s initial estimate and the FCC’s final tally.

The FCC said that up to 600,000 homes and businesses will receive broadband as a result of the funding made available through the program.