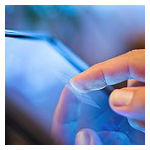 “Perhaps more so than at any other time in recent memory, changes were not merely incremental but rather seemed to represent key inflection points in the evolution of various markets and behaviors,” comScore writes in the introduction of its “U.S. Digital Future in Focus 2015” report. “We saw platforms collide in ways that upended existing markets, reconfigured the economics of various industries, and suggested that we are embarking on a new era of digital that will look markedly different from its predecessor.”

Growth in Mobile Media Consumption
Smartphones and tablets accounted for the bulk of growth in digital media consumption (up 394 percent and 1,721 percent respectively) over the past four years, comScore highlights in its report. It turns out that their ascension hasn’t been eating into the amount of time Americans spend consuming media via desktop equipment however. The total amount of time Americans spent consuming digital media via desktop devices and equipment rose 37 percent over this time period, according to comScore.

In addition, comScore highlights the strong growth experienced in multi-platform and mobile-only Internet use, which extended “across every age demographic,” and ended 2014 at a “substantially higher percentage…than the previous year. “More than 3/4ths of all digital consumers (age 18+) are now using both desktop and mobile platforms to access the Internet, up from 68 percent a year ago,” comScore points out.

Turning its analysis to mobile-only internet usage during 2014, comScore notes its growing prevalence and the key role young adult Millenials are playing in its rise. Twenty-one percent of Millennials no longer use desktop computers to go online, according to comScore’s report. “Meanwhile, the 55-years-and-older consumer segment is actually the fastest growing faction of mobile users, increasing its combined multi-platform and mobile-only share of audience from 60 percent to 74 percent in the past year.”

Among smartphone OS providers, “iOS and Android have officially solidified their stranglehold on the smartphone market with a combined 95 percent market share in terms of installed base,” according to comScore. Android remained the market leader with a 53 percent market share, with iPhone’s market share ending 2014 at 42 percent. “With the vast majority of apps now being developed only for these two platforms, it becomes increasingly difficult for other platforms to regain a foothold in the U.S. market,” comScore writes.

Reaching 216 million unique visitors over the course of 2014, Yahoo Sites ranked second. Facebook moved up one spot to number three as its audience reach rose to 200 million-visitor threshold. In addition, [a]pproximately 31 percent of all traffic to the top 10 digital properties was mobile-only visitation,” comScore notes.

“A variety of large digital media companies saw exceptional growth in 2014,” comScore continues. Among them was MySpace, which “has seen a surprising renaissance following a pivot to video and music content.” MySpace posted a 469 percent surge in unique visitors last year, bringing its annual total to nearly 40 million.

Also among comScore’s list of large and fast-growing digital media companies/properties were LinkedIn, Snapchat and Vine, each of which posted growth rates in the 60-percent range.

Social Media
Turning to developments in social media in the U.S. in 2014, comScore writes: “Facebook remains the goliath of social media, leading all social networks with 81 percent reach of the total digital population and nearly 230 billion minutes of user engagement.” That’s 18-times the time spent on the second-largest U.S. social media platform.

Instagram led social networks in the U.S. with 12 billion minutes. Snapchat “racked up about half of that — an impressive mark given its more narrow user base and lower overall audience reach. Twitter, Linkedin and Google+ remain mainstays of the market with very high penetration, while Pinterest and Tumblr have both considerably improved their respective positions in the past year,” comScore adds.