Telecom’s competitive landscape is less one important player, with news today that Frontline Wireless has shut down. Frontline was believed to be a potentially serious player in the upcoming January 24th 700 Mhz spectrum auction. With backing from serious Silicon Valley money, Frontline was believed to be the only player, outside of the existing national wireless players, who had their eyes on building a competing national broadband wireless network. Frontline did not pay their required $128 million auction down payment and RCR Wireless is reporting they have closed.

With Frontline out of the picture, Verizon and AT&T are really the only companies in position to gain enough spectrum for a national footprint. The spectrum should come cheaper to the winner as well, with one less interested buyer. The only wildcard left is Google. But speculation is that Google has no intention of building a network and are only participating in the auction to ensure the FCC’s “open network” mandate remains. This development puts many smaller carriers at risk for providing 700 Mhz service as well, because it was widely believed that Frontline was going to partner with smaller carriers to build out a national footprint. The carriers that remain are far less likely to pursue a partnering strategy. The result may be far fewer competitive entrants, and a much less intense competitive environment. 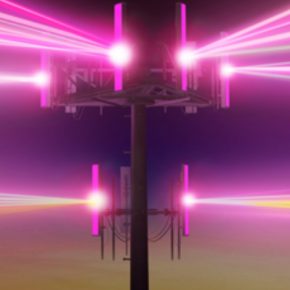