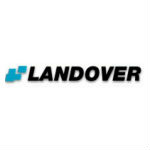 Something is going on in the traditionally sleepy low-power TV market. Exactly what isn’t totally clear — but what is clear is that it has very little to do with traditional LPTV broadcasting and a lot to do with mobile broadband.

The Chicago Tribune reports that a consortium of LPTV station owners has applied to the FCC to sell 52 LPTV stations, including seven construction permits, to a company called Landover Wireless. According to the Landover Wireless website, the company already has acquired “hundreds” of licenses in the 500-600 MHz band and continues to “aggressively acquire” spectrum in the secondary market with the goal of obtaining nationwide coverage.

The company said it aims to develop a “national 4G mobile broadband offering to provide all Americans with access to the highest quality and most affordable pricing available.” To date the company has raised $3.2 billion, according to its website. That amount of capital appears insufficient for a nationwide build. But apparently the company hopes to fill in the funding gap through partnerships.

The company said it seeks “opportunities to partner with independent telcos and fiber network operators to develop a wireless overlay strategy for both fixed and mobile wireless broadband.”

Potentially the company would allow small telcos to use its spectrum to build wireless infrastructure and would offer the fiber network operators some incentive to provide backhaul facilities. It’s not clear what the company means by “overlay strategy.”

Landover was not able to provide anyone today to answer a request for additional information from Telecompetitor, but a company representative did confirm that the company had entered into a definitive purchase agreement to purchase 52 broadcast licenses, transmission assets and business of Corpus Christi-based broadcast company Make Communications and its affiliates.

An LPTV primer
As the FCC website explains, the commission doesn’t allocate channels for LPTV service. Instead applicants seek out vacant channels in the TV broadcast band (Channels 2-51) on a market-by-market basis and apply for a license to use those channels in limited geographic areas. LPTV licensees are subject to much fewer restrictions than traditional full-power broadcasters but are limited to lower power levels.

Current regulations do require that LPTV licensees build out TV broadcast infrastructure within a few years of acquiring those licenses. But whether such requirements will continue in the future is unclear, as the FCC already has set out to convert a substantial amount of TV broadcast spectrum to mobile broadband use through a planned voluntary incentive auction. Also unclear is whether LPTV licensees might have to relinquish spectrum in the auction. More on these issues later in this post.

CTB’s plans
The Stop the Cap website calls our attention to two other companies that also are trying to amass substantial LPTV assets. CTB Spectrum Services already has 356 UHF TV construction permits or licenses and DTV America has made “countless requests” for television licenses on the UHF dial, Stop the Cap reports.

Very little is known about DTV America, as it does not appear to have a website. But according to CTB’s website, CTB’s plans also involve a nationwide wireless network. In this case, however, the network would be used to handle broadcast as well as unicast traffic, with capacity made available to other entities on a wholesale basis.

CTB says it wants to create the “first nationwide hybrid broadcast and unicast wireless content delivery network for carriers, broadcasters, programmers and content owners.” The company claims to have spectrum it can use in all full power TV markets – in some cases through joint ventures with full-power and low-power station owners.

The company says it will concentrate on “transportation corridors,” as illustrated in a map that shows coverage areas corresponding closely with major interstates – particularly where those interstates traverse rural areas.

I didn’t see anything on CTB’s website about how much capital they have available to support their plans and the company did not immediately respond to an inquiry.

The idea of using LPTV for distributing mobile broadcast content isn’t a new one. A coalition of LPTV broadcasters suggested a similar idea in 2011. But perhaps coordinating large numbers of small broadcasters was too challenging to enable that idea to get off the ground.

A cloudy future
Plans for the voluntary incentive auction for TV broadcast spectrum call for full-power and Class A TV broadcasters to voluntarily relinquish spectrum and share in the proceeds when the spectrum is auctioned off to cellular network operators. But LPTV broadcasters will not be allowed to participate in those auctions.  What will happen to LPTV broadcasters is unclear but some industry observers believe that in metro areas, LPTV broadcasters could lose their spectrum, which would be included in the auction.

In smaller markets LPTV licensees are more likely to be able to keep their spectrum. But if companies like Landover and CTB lose spectrum in major metros, it could derail plans for a nationwide network.

It’s worth noting that both companies hold or have access to full power or Class A spectrum in some major metros but whether that includes all major metros is unclear.

The Stop the Cap author speculates that Landover, CTB and DTV America are not serious about building wireless networks but instead are grabbing spectrum they eventually hope to sell to other carriers.

I’d be interested to hear what Telecompetitor readers think about that.