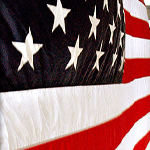 It’s been almost three years since former FCC Chairman Julius Genachowski set a goal of having at least one gigabit network in every state by 2015. The year is now over and by Telecompetitor’s tally, we didn’t quite make it – but we’re close.

We combed through our archives and other online resources and, by our tally, at least one network operator has announced plans to offer gigabit service in every state. Not all of these networks are actually deployed or supporting service yet. But generally network operators don’t announce specific markets more than a year or two in advance of when they expect to deliver service. If, for example, a network operator simply said it would eventually upgrade its entire footprint beginning in 2016, as Cox Communications did, we didn’t count the company’s entire footprint, only the states it provided more details on.

Gigabit States
Even heavily rural states – states such as Wyoming, West Virginia, or Maine – made the list, thanks to a wide range of small locally-focused telcos, utilities, municipal network operators, and others. Even though deployment costs tend to be higher in rural areas, entities with a local focus often manage to find a way to make gigabit happen – and in the telco arena, many companies already had fiber-to-the-home networks, making it relatively easy to upgrade to a gigabit.

Another thing that helped put all 50 states on the gigabit map was that tier one or tier two telco and cable operators that had not previously announced gigabit plans decided to get in on the trend.

On the cable side, Comcast in 2015 launched an FTTH-based 2 gigabit service dubbed Gigabit Pro in several states – albeit in limited parts of each market. Smaller cablecos such as Cable One,  Suddenlink,  Mediacom  and Troy Cable also made gigabit plans.

And we’re likely to see a lot more from the cable companies in 2016 as they begin to deploy DOCSIS 3.1, which supports gigabit speeds.

Telco Deployment Plans
On the telco side, Windstream, Consolidated and Fairpoint announced gigabit plans in 2015, joining brethren tier one and two telcos AT&T, CenturyLink, Frontier and TDS — all of whom made gigabit announcements in 2014 or earlier and have continued to expand gigabit service.

Of the major tier one and tier two telcos, only Verizon has not announced gigabit plans. Unlike most of the other major incumbents, Verizon deployed fiber-to-the-home (FTTH) in many major metro areas within its service territory in years past. In those FiOS markets Verizon could upgrade to gigabit relatively easily, but for now the company hasn’t felt the need to offer speeds greater than a few hundred megabits per second.

That could change in 2016, though. As the cable companies make their DOCSIS 3.1 plans, they’re likely to make FiOS markets one of their initial focus areas, which likely will generate a competitive response on Verizon’s part.

The upshot: We’re probably no more than a year or two away from meeting Genachowski’s goal of having a gigabit network in every state. Within that time it’s also quite likely that we’ll see gigabit service in all major metro markets – the markets that some people in telecom refer to as the “NFL cities.”

Verizon Lands $1.58B Task Order from Dept. of State