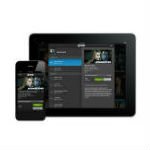 According to a Verizon Wireless blog post Xfinity TV customers who subscribe to Showtime, Starz, Encore or Movieplex can now download “thousands of hit series and movies.” To use the offering, Apple iOS or Android device users will need to download a free Xfinity TV Player app.  In addition to working with Verizon 3G or 4G, the app also works with WiFi.

When users download the video content, it remains on their device for 14 days, a Verizon Wireless spokesman explained in an email in response to an inquiry from Telecompetitor. A press release issued by Comcast today explains the advantage of this approach in comparison with a streaming video app that the company already offers for tablets and smartphones, which enables customers to stream On Demand video choices. The newer app, according to the release, is “perfect for keeping entertained in places that generally don’t have an available or optimal Internet connection; in an airplane, on family car trips, or even on the subway.”

The ability to download content over the Verizon Wireless 4G network was developed through the joint venture between Verizon Wireless, Comcast and three other cable companies announced late last year, a Comcast spokesman said in an email to Telecompetitor. He noted, however, that the app “is Comcast’s offering.”

Subscribers can download content over Wi-Fi to iOS and Android devices regardless of the carrier, the Comcast spokesman said. But the only cellular network that can be used is Verizon’s. The spokesman declined to say whether Comcast has any plans to offer the download capability through any other carrier networks.

One useful feature of the Xfinity TV Player app is that it gives Verizon Wireless customers the ability to adjust the video quality to minimize data usage.  “The app gives viewers the option to select from a higher quality, large download file or a medium-quality, smaller download file,” the Verizon blogger explains.

Verizon Wireless’s previous ventures into mobile apps for video include Viewdini, which helps users locate and stream video content, including content from Comcast’s Xfinity service and other sources. Comcast’s previously released mobile app, known simply as “Xfinity TV,” gives subscribers the ability to use their mobile device to “personalize and manage” the TV viewing experience by, for example, using their mobile device to schedule their DVR.

Comcast has been one of Verizon Wireless’s most visible cable company partners. The two companies this year began co-marketing one another’s services in numerous markets nationwide.