Comcast has agreed to delay imposing data caps on broadband service in its Northeast division until July 2021. The agreement resulted from negotiations with Pennsylvania Attorney General Josh Shapiro, according to a press release from the AG.

Comcast’s broadband service has had data caps in the past, but the company suspended them during the early part of the COVID-19 pandemic. In November, the company said it would re-impose a 1.2 TB cap in its Northeast division beginning in January.

But with so many people relying on the internet for school and work during the pandemic, Shapiro argued that “now is not the time to change rules when it comes to internet data usage.” The AG’s office persuaded Comcast to delay implementation of the overage charges and waive early termination fees for customers who entered into a term contract prior to November 2020 and who opt out through December 2021.

Comcast also agreed to forgo the data threshold on low-income users enrolled in the Internet Essentials program for the duration of 2021 and to disclose data threshold information more prominently in the contract execution process.

“We are committed to evaluating and adapting our approach to best serve the needs of our customers, particularly in these challenging times,” said Comcast in a prepared statement in the press release from the Pennsylvania AG. Light Reading first reported the development.

“To that end, we are providing customers in our Northeast markets, including Pennsylvania, a total of over six months of notice before our data plan goes into effect so that they have ample time to understand their data usage and their service options, and plan accordingly. The earliest that the very small percentage of customers who exceed 1.2 TB of data could have any charges due under the plan is August 2021.”

About 10% of broadband customers used more than 1 TB of data per month during the third quarter of 2020, according to the latest OpenVault Broadband Insights Report (OVBI).

But perhaps Comcast has determined that its margins on the heaviest broadband users are so narrow that the customers may not be worth keeping unless Comcast can get them to pay more for their service. 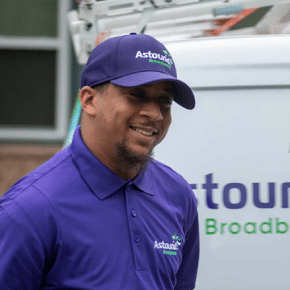