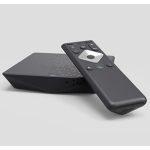 Comcast says that it has deployed more than 1 million Xfinity Flex units since the 4K UHD streaming device and the Xfinity Voice Remote were introduced last year. The device is offered for free with Xfinity Internet.

Comcast sees the Flex platform as a way to address the demand for streaming services, even though it may cannibalize its traditional pay-TV product. Broadband customers have become more valuable than TV customers and Flex is a tool to help hold on to those broadband customers, regardless of whether they cut the pay-TV cord or not.

“Flex was designed to fit seamlessly into the lives of our Internet-only customers,” Xfinity Consumer Services President Dana Strong said in a press release. “It combines access to the top streaming services and the ability to control your home’s Xfinity devices, all with a sleek, personalized interface driven by award-winning technology. We are thrilled our customers are quickly embracing this device on such a large scale.”

Xfinity Flex Deployed
Flex aggregates programming from more than 200 streaming services. The company says that it provides customers with an easy way to integrate with the xFi platform to do such things as find their WiFi password, see the devices connected to their network, set parental controls and pause WiFi. The voice control can order lost devices to make a noise, access camera feeds and arm and disarm home security systems.

All of these tasks can be done through the television. In April, Flex customers were the first to get a preview of Peacock, a new streaming service from NBCUniversal, that is scheduled to go live on July 15, Comcast noted in the press release about the million Xfinity Flex deployed.

Video programming is proving especially popular during the quarantines and other disruptions caused by the COVID-19 pandemic. Earlier this month, Comcast said that the crisis is, in essence, adding a day’s worth of video viewership. More specifically, average household viewership has increased from 57 hours to 66 hours per week and there has been a 35% increase in streaming and Web video consumption. In addition to the increases, Comcast says video viewing dynamics are changing. For instance, Monday has become a more popular day for viewing than Saturday.

Late last month, the company said that it has seen a 27% increase in the use of xFi parental controls and a 43% increase in features that enable the filtering of Web content.