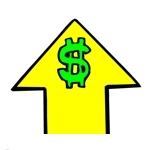 Comcast has decided to raise its cable modem leasing fees to $5/month from $3 month, a 66% increase. The price hike applies to its markets nationwide. Comcast says the price hikes are necessary due to higher costs of rolling out technologies like DOCSIS 3.0.

Comcast tells Multichannel News, “We continually invest in providing customers with next-generation equipment and technology that delivers advanced voice and Internet services with enhanced capabilities. Our costs for this new equipment will increase by 167% over the next two years. As a result, we will increase modem equipment charges by $2.” Multichannel points out that based on Comcast’s latest cable modem subscriber counts, they stand to gain an additional $360 million annually from this fee increase. Customers can purchase cable modems at retail for as low as $100.

There have been additional reports of Comcast raising cable rates in select markets across the country. There’s a widely held perception about cable companies continuing to raise pricing, even in the face of competition. Telco competitors have seized on this perception, and waged a variety of public relation and marketing battles because of it. Many have instituted ‘pricing for life’ campaigns, specifically citing increasing costs of cable service. I suspect they’ll seize on this latest move by Comcast in much the same way.