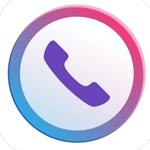 Another telecom provider is taking action to combat fraudulent robocalls, which are become increasingly frequent – and annoying – for landline and mobile phone customers. Comcast announced today that it is giving Xfinity Mobile customers the option to use robocall blocking technology from Hiya.

Xfinity Mobile customers now can download the Hiya app for free to begin receiving alerts about potential spam calls and block them, as well. The app will also identify calls from common businesses to provide clarity on who is calling, and includes a “neighbor spoofing” blocker, which allows customers to block specific area codes if they notice a lot of unwanted calls coming from them, according to the Comcast announcement.

In March, we reported that AT&T and Comcast had exchanged calls verified with SHAKEN/STIR unwanted and illegal robocall-fighting technology. The SHAKEN/STIR protocol is designed to verify that the phone number displayed via caller ID is the same number from which the call was placed. The service providers said they expected to begin offering authentication on calls between networks to customers later this year.

In a press release, AT&T and Comcast cautioned that “[w]hile authentication won’t solve the problem of unwanted robocalls by itself, it is a key step toward giving customers greater confidence and control over the calls they receive” because calls that are illegally spoofed will not be marked as verified.

Last week, bipartisan legislation, the Stopping Bad Robocalls Act, was introduced in the House to attempt to combat the problem.