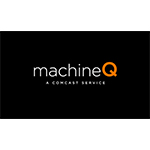 Comcast yesterday announced a business trial launch of machineQ, an Internet of Things (IoT) platform for building business-to-business networks and services. Working with partners, Comcast says it will build proof of concept B2B IoT networks and services that will gather, transport and analyze data from connected devices distributed throughout their organizations.

“The decision by Comcast to complement its existing infrastructure with LoRa Technology will enable connected devices, servers and software components to communicate seamlessly and securely on its new LoRaWAN-based IoT platform,” Semtech president and CEO Mohan Maheswaran was quoted.

In IoT market research released earlier this year Machina Research predicted global M2M connections will soar from 6 billion in 2015 to 27 billion in 2025. One-quarter of those will originate in the U.S. Eleven percent will make use of low-power wide area networking (LPWAN) technology, such as Semtech’s LoRa, Comcast points out.

“We believe the business-to-business segment of the Internet of Things market is going to expand rapidly over the next decade as businesses look to IoT-based technology to manage their businesses in a more effective and sophisticated manner,” said Sam Schwartz, Comcast Cable chief business development officer.

“Technologies such as LoRa are setting the stage for the era of connected devices, and we think our network potentially has a role to play in connecting the millions of internet-enabled devices deployed within enterprises.”

Comcast aims to deploy commercial LoRAWAN networks and LoRa-based services across the country in the ensuing 12-18 months should the field trials prove successful.

“Semtech is committed to working with Comcast to make LPWAN networks broadly available in the United States,¨ Maheswaran said. ¨We believe this will foster innovation by enterprises for new IoT solutions that allows us all to benefit from the advantages of our emerging connected world.”

Comcast joins a growing number of tier one carriers who aim to capitalize on the growing IoT trend.

AT&T on Oct. 5 announced it is working with leading high-tech companies to demonstrate how 4G LTE-M can be used to build a new generation of IoT devices and networks.  AT&T expects to have a pilot IoT-LTE-M network up and running in San Francisco in November and have the technology rolled out across its commercial LTE network in 2017.