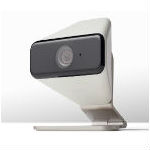 Comcast has added a filter to its Xfinity camera offering, which is a part of their Xfinity Home platform, that enables customers to check movements made by their pets. The Comcast pet detection capability is made possible through the use of artificial intelligence (AI).

According to the company, 94% of internet-enabled camera users in a recent survey said checking in on their pets was the best part of their day.

Though the pet filter is the latest AI feature, it isn’t the first, Comcast pointed out in its press release. Two years ago, Comcast unveiled better thumbnails for customers who opt to use the company’s 24/7 video recording feature.

The thumbnails enhanced customers’ ability to quickly find relevant motion events. A year ago, the feature was enhanced with computer vision models that enable Xfinity cameras to automatically detect when movement is triggered by people or vehicles.

The newest feature, the “pet filter,” was developed by computer experts from the company’s Applied AI team in Washington D.C. and engineers from the company’s camera team in Philadelphia. Using machine learning, the vision specialists analyzed hundreds of thousands of home security camera clips donated by employee testers.

“The goal was to build an algorithm that could quickly and consistently detect movement from a pet, and clearly distinguish it from a car, or a person, or anything else that might trigger motion detection,” the company said in its press release. “Initially, we looked into commercial solutions that might work for our cameras, but we weren’t satisfied with the accuracy we were seeing. Detecting a dog photographed from five feet away, standing still in perfect lighting isn’t the same as detecting one running across the backyard 30 feet away, and we needed an algorithm that could do both – so the cameras could reliably spot … Spot.”