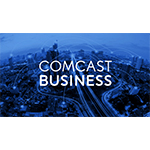 Comcast has moved fully into the software-defined network (SDN) age with the introduction of Comcast Business ActiveCore SDN and an SD-WAN service based on the platform. Comcast SDN services join a growing Comcast business services product portfolio.

Comcast has signed several customers to the SD-WAN service, according to a press release. The only one named is the Jim Ellis Automotive Group, which is based in Atlanta. It has 15 locations and more than 1,000 employees in Georgia.

ActiveCore, Comcast said, can be paired with the MSO’s Business Internet 1 Gig service. It now is available in the northeast, mid-Atlantic and central United States and will expand to Comcast’s entire footprint by the end of the year.

Though it still is early in their deployment phase, it is likely that SDN and SD-WANs will be keys for business and enterprise networking in the future. “ActiveCore and SD-WAN represent a ‘generational moment’ for our industry and are designed for businesses that embrace the consumerization of IT, SaaS and cloud services to run their enterprise operations,” said Kevin O’Toole, senior vice president of Product Management for Comcast Business, in a press release. “We now offer enterprises a robust, future-proof alternative to legacy MPLS solutions; allowing them to easily add capacity to branch offices at scale and unlock the potential of virtualized networks for today’s connected economy.”

“In a traditional network, traffic follows a specific path that has to go a specific route to a specific device, and it’s difficult to optimize,” said Eddie Gonzalez, the IT Systems Director of Jim Ellis Automotive Group. “Instead of simply increasing our bandwidth, we found the SD-WAN solution to be a more appealing option because it allowed us to prioritize the traffic we wanted over a separate network connection and choose the quickest path for that traffic. This enabled us to alleviate a significant amount of internal inter-dealership traffic that would usually have to travel through one circuit and could cause congestion on the network.”

Comcast traditionally has been one of the leading providers of business services among cable operators. Its involvement in the development and introduction of SDN, SD-WANs and VNFs suggest that those efforts will continue. In May, the company entered beta trials with Versa Networks. Comcast joined ON.Lab , an association of telecom carriers and vendors that is aimed at developing SDN, network functions virtualization and cloud computing capabilities, late last year. 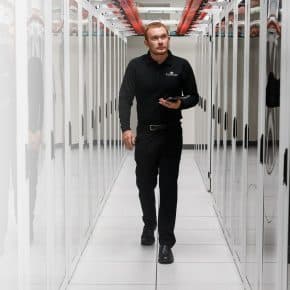