The graphs show the flow of traffic between the two networks at interconnection points in Frankfurt, Germany and Ashburn, Virginia. Points where the blue line approaches the top of the chart indicate times when traffic congestion is occurring and packets of data are being dropped. Normally, capacity would be increased so that traffic rarely exceeds 70% of capacity (i.e. 14 Gbps in Frankfurt and 7 Gbps in Ashburn, VA).

Cogent is represented by Boies, Schiller, and Flexner LLP. Robert Cooper, the partner at the firm in charge of the litigation said, “Deutsche Telekom, by turning its back on its historical course of dealing with Cogent and industry norms, has violated its contractual obligations to Cogent and its obligations as a participant in the Internet.” Cogent’s lawsuit seeks an order from the court forcing Deutsche Telekom to increase its capacity at interconnection points to alleviate the congestion, as well as damages. 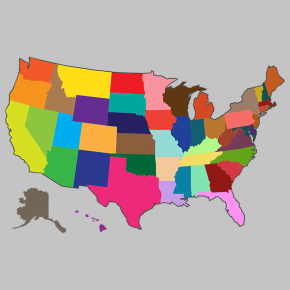 FCC Finds 11 ISPs That Cover 5% or More of the U.S. Population, Number 11 is a Surprise

Bluespan Arizona Deployment Will Use FWA and Fiber Broadband