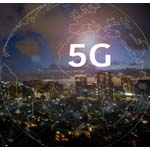 A collection of technology trade groups has petitioned the Federal Communications Commission (FCC) to act on a rulemaking for the use of spectrum in the MVDDS band between 12.2-12.7 GHz for two-way 5G mobile and fixed wireless broadband service.

It’s an effort that’s been underway for quite a while. Telecompetitor previously reported a group of license holders asked the FCC to allow the use of MVDDS spectrum for 5G wireless service back in 2016.

MVDDS 5G Petition
The current petition comes from the Competitive Carriers Association (CCA), the Computer & Communications Industry Association, Public Knowledge, INCOMPAS and the Open Technology Institute at New America. The petition argues that demand for wireless broadband services and wireless spectrum continues to grow and will be even more important with the move to 5G, heightening the need for additional available spectrum.

The current technical rules are obsolete and burdensome, preventing use of this spectrum for 5G wireless services, an ex parte presentation outlined to the FCC. “Given the changes in technology since these rules were first set by the Commission in 2002, maintaining these restrictions appears to be unwarranted. If two-way, 5G wireless broadband services were allowed, initial use cases would include fixed broadband, mobile 5G services to handsets and street level Internet of Things opportunities.”

The MVDDS 5G petition further argues that using the 12.2-12.7 GHz spectrum for two-way broadband would provide substantial economic gains for the U.S. in the form of new investment, jobs and consumer services.

“By granting flexibility in this band, the Commission could more than double the nationwide mid-band spectrum available for 5G mobile and fixed broadband deployment and further close the digital divide,” the letter concludes.

Interestingly, DBS operator Dish is the largest holder of MVDDS spectrum and is currently building out a 5G network. Dish rival AT&T, which owns Directv has opposed opening up MVDDS spectrum for 5G use, as has NGSO operator SpaceX.