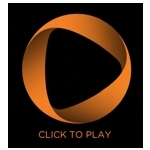 We’ve been following OnLive, the broadband on-demand gaming service for some time now. Think of them as a VOD service, but for games. They like to call it ‘cloud gaming.’ Users access video games from the cloud, on-demand from a TV, PC, or tablet (in lieu of an Xbox or Playstation), and don’t need the physical game disc to play. We look at it as a great example of a broadband app for the home.

They just recently celebrated their first birthday, and announced a slew of accolades. The one that caught my eye was OnLive integration with Facebook. With the new Facebook tools, OnLive users can brag to their friends (via a video) and now have one click access on a Facebook wall to play a game with friends, or be a ‘virtual’ spectator of an ongoing game. Pretty cool, that is, if you’re into that type of thing.

Gamers need to be within 1,000 miles of an OnLive server and need a minimum 3 Mb/s broadband connection (they recommend 5 Mb/s) to play. They have multiple pay plans, including a $10/month subscription for unlimited play of up to 50 different game titles.

As I’ve mentioned before, I’m not sold yet on the OnLive model. They are still very young (they did get a $40 million investment from HTC though), with a lot to prove. But they are illustrative of the growing availability of cloud based broadband apps for the home – a trend worth watching.