The South Carolina Educational Broadband Service Commission (SCEBSC) has recommended that South Carolina lease its Educational Broadband Service (EBS) spectrum to Clearwire and DigitalBridge Communications (DBC). Under the proposed plan, Clearwire leases 70% of the available spectrum assets and will serve primarily urban parts of the state and DBC leases 30% and will serve primarily rural markets. The lease is for $143 million over thirty years, with an initial payment of $7 million. According to The State newspaper website, “After a review by the Joint Bond Review Committee, the State Budget and Control Board will have the final say on the proposal in June.”

It’s an interesting situation, where virtually an entire state is up for grabs. The spectrum was used by the state for an educational TV network, but those frequencies are becoming available due to the digital TV transition. This is happening all over the country, but South Carolina decided to issue a statewide RFP to package most of the spectrum. The state will retain 5% of the spectrum. The deal also includes some network access to South Carolina’s university system. In other areas of the country, educational institutions are brokering similar deals. The deal opens South Carolina up to broadband competition from WiMAX, which both Clearwire and DBC provide. This type of joint proposal between Clearwire and DBC might be one to watch. Will we see more joint efforts between Clearwire and DBC, where they collaborate to divvy up urban and rural markets for WiMAX?

WISPs Face a Few More Hurdles Before They Can Use the 5.9 GHz Band 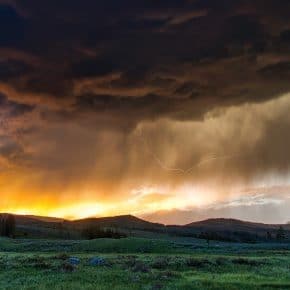