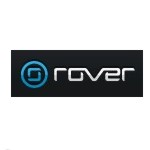 “Internet-addicted members of Generation Y” between the ages of 18 and 24 are the target for a new prepaid 4G wireless service from Clearwire that will carry the Rover brand, Clearwire Chief Commercial Officer Mike Sievert told reporters on a conference call today.

“Prepaid is no longer limited to the credit challenged or people of limited means,” Sievert said. “Attitudes are changing as the younger generation plays a more important role in the marketplace.”

Young people, he said, will be attracted by the simplicity of a prepaid approach and by the elimination of a monthly bill. To use Rover service, customers will purchase either a “Rover Stick,” a $99.99 4G USB modem to use with their computers or a “Rover Puck,” a $149.99 portable Wi-Fi hotspot that can connect up to eight Wi-Fi enabled devices. In addition, customers can purchase unlimited 4G usage for $50 a month, $20 a week or $5 a day.

The new offering is not backward compatible with 3G, making it usable only in the 49 markets where Clearwire service is available today. Sievert and Seth Cummings, general manager for Rover, noted that the majority of existing Clearwire users opt for 4G-only service and that young people, who travel less frequently, are less likely to need 3G capability.

Clearwire has not yet made any plans to sell the Rover offering through existing partner companies such as Comcast, Sprint, Time Warner Cable or Bright House, but Sievert and Cummings said the company was interested in making the offering available through its wholesale partners.

The Rover service will be available on-line. In addition, Clearwire plans to support the offering through retail outlets in two markets—Houston and St. Louis.

The Stick and the Puck are the latest in a range of devices available for use on the Clearwire network, which already include a portable Wi-Fi hot spot similar to the Puck.