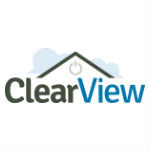 “What we’re trying to do is create a national brand for rural America and [handle] the marketing and coordination of all that work,” explained Clear Creek Communications President Mitchell Moore in an interview.

The new offering, dubbed ClearView Security and Home Automation, provides the interactive capabilities that have made security systems more attractive and opened home automation to a broader audience. Homeowners can view and control their systems over a landline or mobile data connection and receive alerts when, for example, a child returns from school.

The ClearView offering is supported by a cloud-based platform provided by Alarm.com and by a 24/7 monitoring center operated by Alarm Center of Lacey, Washington. Operators at the monitoring facility can dispatch emergency personnel, as needed, in response to alarm signals.

Communications to Alarm.com and Alarm Center are via a 3G mobile data connection from AT&T, T-Mobile or Verizon. In the future, Clear Creek also will offer the option of using a broadband connection to the central station and to Alarm.com. End users will pay monthly fees in the range of $39 to $69 for monitoring and interactive capability – providing rural phone companies participating in the program with an ongoing source of revenue.

The customer premises equipment supporting ClearView comes from 2Gig Technologies and uses short-range wireless to communicate with motion detectors and window and door contacts that rural telco technicians will install. Communications with home automation equipment such as thermostats and light switches is via ZWave.

Upfront costs to the end user are in the range of $99 to $199. Systems will be installed by telco technicians.

End users can add video cameras with built-in motion detection to their systems. Cameras can be programmed so that if they detect movement, they automatically send images to the end user (via the Alarm.com platform.) In the example of a child returning home from school, a parent would receive two still images if communications with Alarm.com is over a cellular data connection. When landline broadband connectivity becomes available, end users will be able to receive streaming video.

Telco technicians should have no trouble installing systems, Moore said. Small telcos, he said, “have a tremendous amount of expertise on staff” and with traditional voice services in decline, those people may be underutilized. Clear Creek’s suppliers are committed to providing training, Moore said.

Two Oregon telcos – Stayton Telephone Cooperative and Scio Mutual Telephone – already have beta tested the ClearView offering and have begun to offer it commercially. Several other telcos also have committed to selling the offering.

Moving forward, Clear Creek hopes to organize regional meetings where participating telcos will be able to exchange ideas with one another. The company isn’t offering exclusive territories. But the installation requirement would seem to limit telcos to offering ClearView only within and near their traditional serving territory.

Some small telcos already have ventured into home automation and security on an individual basis. But Moore believes a nationwide brand will better position small telcos against large national players in the competitive home security and automation market.