Home » Cisco: 77% of SMBs Use Some Type of Virtualization 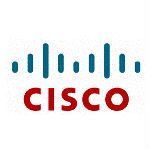 Virtualization isn’t just for large, enterprise-scale businesses: a nationwide study of Cisco partners revealed that virtualization of one type or another is in place at 77% of small to medium-sized businesses (SMBs), and that’s expected to increase.

Seventy-one percent of survey respondents said they have increased budget allocations for virtualization up to 20% over the next two years, according to a Cisco FlexPod Express Study entitled,“Virtualization at Small and Medium Sized Firms on the Rise.”

Among the study’s key findings:

The following were identified as virtualization’s top benefits,

Though widely used and well established, 40% of information workers said they had not heard of server or desktop virtualization, according to a recent Cisco whitepaper. “While the lack of knowledge in the workspace is intriguing, it perhaps says the most about how well IT managers and other high-level executives are integrating virtualization into their companies,”  the study’s executive summary says.

“While more publicly known trends such as BYOD (Bring-Your-Own-Device) and cloud computing are dominating headlines, virtualization is creating a more efficient IT department behind the scenes.”

Other highlights of the report include: