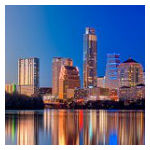 Although a relatively small percentage (13.5%) of North American cities have deployed smart city technology, many more are beginning the process, according to research conducted by Cisco Systems.

Just over half (51.2%) of municipal executives surveyed said they are reviewing smart city priorities and departmental needs, while 49% have developed long-term visions and roadmaps, 37.6% have created a long-term plan and communicated their vision internally and externally and 34.1% have created action plans with priorities and next steps outlined.

In what is potentially good news for service providers, communications was one of the top five initiatives within the smart city category cited by respondents. Other initiatives in the top five were intelligent infrastructure; compute, data storage and data centers; data analytics and cyber security.

Although the survey didn’t delve into the type of communications referenced by respondents, many smart city applications rely on cellular and municipal Wi-Fi communications to support sensor networks, while others require fiber connectivity to interconnect databases and for other communications needs.

Cities that have obtained funding for smart city projects or who have considered funding cited a variety of sources. Nearly two-thirds (59.8%) of respondents are using or are planning to use government-based finance options such as bonds or user fees, while 42% cited public-private options. Less frequently referenced sources included private funding and grants. At the Internet of Things Forum hosted by Cisco in Chicago last week, the City of Chicago’s CIO talked about the grant option as an important source of funding for IoT-based smart city projects.

It would appear that municipal executives in general will need to become more quantitative in their pursuit of the smart city. More than three-quarters (76.3%) were not able to forecast smart city investment results using ROI or other metrics.