Charter, the nation’s fourth largest MSO, will debut a 60 Mbps broadband service, Ultra60, in their St. Louis market using DOCSIS 3.0. The upstream pipe will be 5 Mbps. “Not only are we delivering the fastest speed today, but our infrastructure has the capacity to support even higher speeds as demand and usage grow,” said Ted Schremp, Charter’s Chief Marketing Officer in a company statement. The debut will make Charter’s St. Louis offering, at least for the time being, the fastest broadband service in the U.S. But it won’t come cheap – the service will be priced at $140/month for an unbundled version, and slightly less when bundled with cable and phone.

Charter competes with AT&T’s U-Verse in their St. Louis market. U-Verse’s top speed is 18 Mbps. Like Comcast, Charter is also increasing the speeds of other broadband tiers to coincide with its DOCSIS 3.0 strategy. They are increasing their ‘Internet Max’ tier from 16 Mbps to 20 Mbps for no additional charge. You have to wonder if these increased speeds with their significantly increased costs are going to mean much in the market. It’s going to be a hard sell, but for a few, for $140/month broadband, no matter how fast it is. These moves are more about ‘broadband bravado’ marketing right now, than taking significant market share. That being said, these speeds will become mainstream in the years to come, so Charter and Comcast are getting somewhat of a head start. 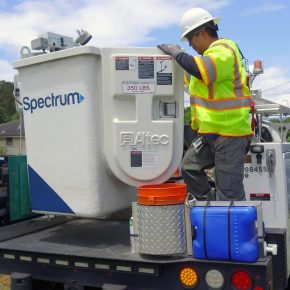 One thought on “Charter to Debut ‘Ultra60’ 60 Mbps Broadband Service”