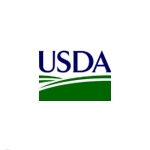 When President Obama spoke last week about reforms to the USDA Rural Utilities Service broadband loan program, he was referencing changes adopted in the 2014 Farm Bill, a USDA official advised in an email to Telecompetitor. Although the changes have received little publicity, they include a new definition of eligible service areas, a new minimum acceptable level of broadband service for projects receiving loan funding and plans for a rural gigabit pilot program.

Obama made his remarks about RUS loan program changes in an address in Cedar Falls, Iowa last week, where he also pledged to address barriers to the deployment of municipal broadband networks.

The USDA official said the agency is still in the process of drafting rules on new RUS broadband provisions under the Farm Bill, but shared a fact sheet outlining the major impacts of the bill provisions on RUS telecom programs. Those programs include the loan program, the distance learning and telemedicine program and the new rural gigabit network pilot program.

RUS Broadband Loan Program Changes
The two most important loan program provisions are a change in the definition of eligible service area and the establishment of a new minimum broadband speed that network operators receiving RUS loans must deploy.

While eligible service areas previously included those with at least 25% of homes underserved, the new requirement is for 15% of homes to be unserved. “Underserved” generally means that a customer can get broadband service but it’s below the target data rate. “Unserved” generally means a customer cannot get broadband at all. The Farm Bill also specifies that the RUS must prioritize loan applications that offer service to the greatest proportion of unserved households.

The minimum target data rate is now 4 Mbps downstream and 1 Mbps upstream – matching the speed level originally established for the Connect America Fund. Late last year, however, the FCC raised the CAF speed target to 10/ 1 Mbps, although exceptions will be made for areas that are extremely costly to serve. The bill also calls for the target speed to be reviewed at least once every two years.

An important budget development is the authorization of $10 million annually through 2018 for a Rural Gigabit Network Pilot Program. Funding will be awarded to network operators for areas that do not currently have ultra-high-speed broadband, and recipients will have up to three years for their deployments.

Other Farm Bill changes to RUS telecom programs pertain primarily to administration of the RUS loan program, such as:

The fact sheet provided by the USDA notes that the RUS telecom program changes will require the agency to make major enhancements to its IT systems and initiate a study on providing effective data for the National Broadband Map.