The way T-Mobile sees it, about 40% of the U.S. population lives in smaller markets and rural areas – and the company expects to see strong growth in those areas moving forward.

Those markets now represent one third of the company’s net account production, even though the company is still deploying service to those markets and currently has service available to only about one third of the small and rural markets in the U.S., said Peter Osvaldik, T-Mobile executive vice president and chief financial officer, on an investor webcast today.

T-Mobile’s current market share in small and rural markets is 15% but the company expects that to grow to 20% by 2025.

When the company merged with Sprint in 2019, it committed to covering 90% of rural Americans with average 5G speeds of 50 Mbps – a requirement the FCC said would have to be met within six years.

T-Mobile expects strong small and rural market growth, in part, because it believes its network will be a differentiator. The company has been bragging about how broadly it has deployed 5G and about the depth and breadth of its spectrum holdings, but according to Osvaldik, there’s another factor at play in rural areas.

“You’re going to come into areas where there hasn’t been competition in many cases,” he said.

He also noted that competitors have “no announced plans to . . . bring mid-band experiences into those areas.”

That, he said, means that T-Mobile will have a “differentiated product just as 5G is becoming more important.”

T-Mobile’s 5G offerings include fixed wireless as well as mobile service and according to Osvaldik, “As we get ultra-capacity, the mid-band layer, in small markets and rural areas, we’re opening up more and more capacity for high-speed internet fixed wireless. We have growth opportunities [opened up] immediately by the network that others just don’t have.”

He also noted that T-Mobile added more fixed wireless subscribers in the fourth quarter than any other provider, even though the service was launched just three quarters earlier.

Osvaldik made his comments about T-Mobile rural growth on the virtual Morgan Stanley Technology, Media and Telecom conference webcast. A replay is available at this link. 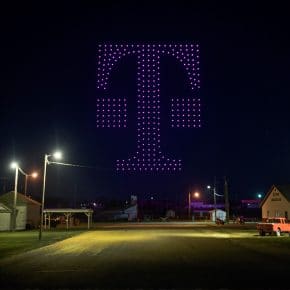