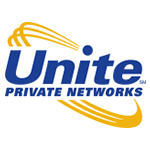 “We don’t just build fiber and hope [customers] will come,” said Adkins. Instead, the company only builds where it has an anchor tenant.

The deployment will involve “heavy-count” fiber, UPN said. That approach would make sense for small cells, which will require dense network connectivity.

UPN’s Success Based Build Strategy
Once UPN has deployed a network, it can leverage that investment to support its own services to enterprise customers – and the latest deployment is no exception. In today’s press release, the company noted that enterprises in the newly served areas will be able to purchase UPN Ethernet services, wavelength services, internet access and dark fiber.

The UPN network covers parts of 20 states, including some Tier 2 and 3 markets. The majority of the company’s service area is in the central U.S.

UPN keeps a relatively low profile but, surprisingly, has been in business since 1998. Although many fiber network operators that arose in the late 1990s eventually went bankrupt or went out of business, that didn’t happen to UPN.