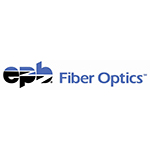 EPB, the Chattanooga utility company that was the first U.S. service provider to do a community-wide gigabit deployment, can now claim another first. The company has made 10 gigabit service available to businesses and residences throughout its footprint.

In a phone interview, Telecompetitor asked EPB President and CEO Harold DePriest why EPB is making the move now. His answer: “We did it when the technology was available.”

EPB 10 Gigabit Broadband
Underpinning the EPB 10 gigabit broadband offer is TWDM-PON equipment from Alcatel-Lucent, which EPB has been testing for several months. TWDM-PON (for “time and wavelength division multiplexed passive optical network”) technology supports up to four wavelengths per fiber, each of which can be provisioned to support speeds up to 10 Gbps.

Preparing the EPB network to support TWDM-PON was not difficult, DePriest said, noting that a few routers had to be upgraded and some high-speed line cards were needed in some optical line terminals to support higher speeds. He added, though, that for now, the optical network terminal (ONT) that must be installed at the customer premises to support 10 Gbps service is relatively costly, simply because the devices are not yet being produced in large quantities.

The high cost of the ONT undoubtedly was a factor in EPB’s decision to price the 10 Gbps service at $299 per month for residential customers. The company has a history of lowering prices on ultra-high-speed Internet services over time, however. When EPB initially launched gigabit service, it cost $349 a month but it now costs a small fraction of that price.

Despite the price tag, they expect to see takers for the EPB 10 gigabit broadband service. “Quite a few businesses have been talking about higher speeds for quite a while,” commented DePriest.

Perhaps that’s not surprising, considering that gigabit service already has attracted many high-tech companies to Chattanooga – some of whom need ultra-high-speed bandwidth to support applications such as transferring large files involved in 3D printing.

Asked about the sorts of apps 10 Gbps service is likely to support, DePriest said customers “will have apps that will be video-based data or something along those lines,” applications which, he said, will involve “massive amounts of data.”

When EPB launched gigabit service, “we heard from our competitors that nobody needs that speed, but four or five years later, all of our competitors are offering” gigabit service, DePriest said. “When people have these services available, they find many ways to use them. Our job is to make sure our community has a good platform for innovation for the future.”

PON for Business
Before deploying PON infrastructure to support gigabit service several years ago, EPB deployed non-PON alternatives commonly used in the business market to serve some business customers, but now the company uses PON technology to support both residences and businesses and most of the original businesses have been moved to the PON infrastructure, DePriest said.

EPB made the decision to rely on PON because of PON’s “ability to provide ubiquitous [coverage] over a large geographic area,” explained DePriest. “We’re still very comfortable we made a good call.”