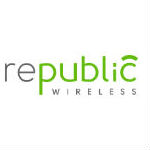 WiFi has been a hot topic for wireless network operators in recent months as a means of relieving congestion on increasingly crowded cellular networks. But the most ambitious plans for WiFi come from Republic Wireless, which is betting that it will be able to make a business case out of $19 a month unlimited voice and data service by relying heavily on WiFi networks.

Telecompetitor checked in yesterday with Republic Wireless General Manager Brian Dally and David Morken, CEO of Bandwidth.com, which owns Republic Wireless, to talk about that business model and about their plans for the business, now that the company has obtained a smartphone from Motorola that is tightly integrated with the software that Republic Wireless developed internally to support its offering.

The WiFi trump card
“We believe we’re in front of a pretty significant shift,” said Morken about WiFi. Citing research showing that two-thirds of Americans have some type of WiFi in the home, Morken said, “It’s growing faster than any other technology.”

When Republic Wireless initially launched back in November, the company noted that the average consumer is within reach of a WiFi network 60% of the time. When I asked Morken if that included password-protected networks that only authorized users can get onto, he said the 60% figure only includes peoples’ home or office networks.

Republic Wireless is able to offer unlimited service for just $19 a month because it is betting that people will be able to use WiFi (which has a cost of zero for Republic Wireless) for a large part of their usage. Controlled by the company’s internally developed software, the new Motorola Defy XT smartphone will use that home or business WiFi network whenever it’s available. The first time customers use the network, they will be prompted to complete an initiation procedure. From that point on everything happens automatically. When WiFi isn’t available, the smartphone defaults to cellular service, which Republic Wireless is reselling from Sprint.

Current Republic Wireless users number in the thousands but the company has tens of thousands wait listed, Morken said. The company had to start the wait list when it ran out of the LG Optimum phones that initially supported the offering.

Now that the Motorola device is available, Dally said, “we’re encouraging people to upgrade because the new phone is such a great phone.”

While the Motorola device costs $249 for new users, existing users can get it for just $100. “The Motorola phone not only has better specs and better features and architecture, it’s the foundation for scaling Republic Wireless,” said Dally.

He noted, for example, that the Motorola product is water resistant and has extra-strong glass – important features for an unsubsidized handset that customers are likely to want to keep for a considerable amount of time.

As for scaleability, Morken said, “Our hybrid calling is integrated into the device down to the hardware and software layer – the quality over WiFi is superlative and purpose-built.”

Seeking greater economies
Republic Wireless also is taking steps to help ensure that as much traffic as possible is carried over WiFi. A recently inked deal with Devicescape could go a long way toward achieving that goal.

Devicescape operates what it calls a “curated” WiFi network that it resells to wireless operators.The network taps public WiFi hotspots by automating the sign-on procedure and dynamically adding or deleting hotspots to or from the network based on performance.

Republic Wireless doesn’t use the Devicescape network yet, but it will soon and when it does, it’s easy to see how that should help minimize Republic’s reliance on the Sprint network.

I asked the Republic Wireless folks why their service uses regular voice service rather than VOIP when it has to shift to the Sprint network.

Morken said he was “hesitant to speak about the underlying agreement.” But I’m thinking it may have been Sprint that imposed the use of TDM voice – perhaps as a way of maximizing what it gets from the agreement. Morken added, however, that, “I think we will get to an all-IP world someday.”

Bandwidth.com synergies
Bandwidth.com may have been uniquely positioned to launch Republic Wireless. The company’s wholesale unit, inetwork, serves VOIP carriers such as Skype and 8×8, offering phone numbers nationwide and other services.

“You could think of Republic as an inetwork customer,” observed Morken. “We can do it because we have our own nationwide network.”

Some readers also may recall that Bandwidth.com last year struck an interconnection deal with Verizon at just $ .0007 per minute.

Asked whether agreements such as that helped make the Republic Wireless business model feasible, Morken said, “It’s not a critical path for the offer but it’s useful.”

The future
Morken has set his sights high for Republic Wireless.

When companies such as MetroPCS and Leap Wireless undercut existing rates by 30%, their compound annual growth rate exceeded 50%, he said.

“Our $19-a-month for real unlimited service is an exponential increase in value,” he said. “We have the view that we can achieve millions of users.”

One thought on “CEO Details Republic’s Big Bet on WiFi”