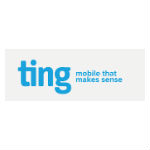 Ting Fiber’s gigabit ambitions don’t end with Charlottesville, however. The company is a wholly owned subsidiary of Tucows, a publicly held company that provides domain name and other Internet services – and which, according to Tucows CEO Elliot Noss, has plenty of money for investment.

In an interview, Noss said Ting Fiber will decide where to move next based in large part on the level of interest expressed by the community. “It’s really about open arms,” he said. “We’re not interested in convincing people.”

Ting Gigabit Plans
The Ting name until now has been used for Tucow’s low-cost mobile service launched in 2012 – and Ting Fiber expects to price its gigabit offering competitively as well. The target price for gigabit service is below $100, Noss said. The company also expects to offer a lower-speed, lower-cost service tier, he said.

“As you go to a gigabit, the new Wi-Fi chip makes that a better experience,” he said.

Ting would be interested in more deals similar to the one with Blue Ridge, but is also open to other options, according to Noss. One option, he said, might be to provide service using open access infrastructure constructed by individual municipalities.