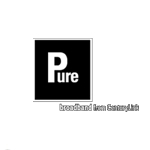 CenturyLink is renewing a battlefront with their cable competitors relative to broadband by labeling theirs  as ‘Pure.’ It’s the latest attempt to draw a distinction between cable modem’s shared bandwidth architecture and DSL’s ‘homerun’ architecture, meaning direct connections between the central office and a subscriber’s home for DSL.

The Pure broadband campaign offers 1.5 Mb/s for $29.95/month and 10 Mb/s for $59.95/month. Some will argue these offers are not too compelling in the face of cable modem competition, especially if that competition comes in the form of DOCSIS 3.0 offers. But CL is trying to differentiate the service by implying their network is “… designed to give you consistent speed all day, every day,” whereas cable modem may offer a faster speed, it doesn’t do so consistently, due to its shared connection. It’s a claim telcos have used for years when pitting DSL against cable modem.

Probably the more interesting news here is CL’s ‘in your face’ approach to stand-alone DSL. Many telcos offer this service, but do so very quietly, for fear that it will only accelerate access line loss. CenturyLink has obviously gotten past this fear, and now is focused on growing broadband share, whatever the access line cost.

2 thoughts on “CenturyLink Says Their Broadband is Pure”