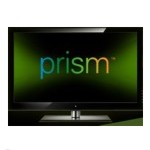 CenturyLink is seizing on the current excitement around college basketball as a backdrop for its announcement today of an enhancement to its Prism IPTV offering called Championship Multiview. “With the college basketball tournament now broadcast on four stations—CBS, TBS, TNT and TruTV—Prism customers won’t miss one second of the action,” said CenturyLink in an announcement of the new capability, which will be available through the end of the men’s NCAA college basketball tournament and then will be re-launched later this year with additional advanced highlights.

Championship Multiview shows all four basketballl game feeds on a single channel. One game is featured on a larger screen and three additional game feeds are featured on smaller screens.

Today’s announcement could mean that the company plans to put greater emphasis on its Prism service moving forward, which has been relatively quiet to date. Perhaps the carrier wanted to keep attention off the new service while awaiting approval of its merger with Qwest, which pundits are now saying is imminent. Qwest, which has no IPTV offering, has been one of the least aggressive of the major telcos on the video front–and CenturyLink may not have wanted to raise the expectations of Qwest customers about how soon IPTV services might be coming their way. Moving forward, however, that would seem to be a logical move for the merged company—at least for major Qwest metros that already have VDSL.  CenturyLink is delivering IPTV over a variety of access methods including ADSL2+, VDSL and limited FTTH deployments.

CenturyLink joins AT&T with a multiview application. AT&T debuted a similar offering called My Multiview for U-verse last June —and in August, AT&T added a Multiview app for Chicago Cubs home games that lets subscribers choose from four different camera angles while watching home Cubs’ games.  But CenturyLink does get points for its creative Championship Multiview launch at a time when that capability is likely to garner the most attention and usage.

There is no additional charge for Championship Multiview, and customers that already have Prism service will automatically get the new capability—in Las Vegas, at least. The CenturyLink release does not say whether customers in the other seven Prism markets will get the new service.