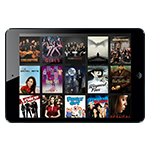 Skinny bundles are a hot topic, as comments from three different video service providers at a financial conference today illustrate. Skinny bundles are monthly subscription packages with fewer channels and are viewed as a means of reducing cord cutting by providing a lower-price alternative to traditional pay TV packages.

Executives from Frontier and CenturyLink discussed the possibility of offering skinny bundles. And a Verizon executive offered some basic information about how that company’s skinny bundle offering is faring in the marketplace. The comments were made at the UBS Annual Global Media and Communications Conference, which was also webcast.

CenturyLink OTT Video
CenturyLink Chief Financial Officer Stewart Ewing said that company plans to launch a video trial in early 2016 in one or two markets using an over-the-top delivery approach.  The offering might or might not include a skinny bundle option, according to Ewing, who noted that the offering would include “some or all of the content that is available today” with existing video offerings.

“We believe we can get to the customer without a truck roll” for a cost savings, added Ewing.

The trials will occur in markets where the company’s PrismTV IPTV offering is available because the envisioned services would be in keeping with existing agreements with content providers involving Prism TV, Ewing said.

Ewing also noted that CenturyLink hopes to put agreements in place to deliver content over-the-top to the home in markets where broadband is available at speeds of at least 10 Mbps downstream.

John Jureller, Frontier executive vice president and chief financial officer, said that company also is talking with content providers. For Frontier, the goal is to determine whether the company can offer a skinny video bundle.

Verizon Skinny Bundle Results
One service provider that already has launched a skinny video bundle is Verizon. That company’s offering is sold in combination with 25 Mbps Internet service for $65 a month, which includes a base lineup of about 35 channels and two additional channel packs. The company launched with seven different channel packs, including sports packs, a kids pack, a news pack and others.