CenturyLink cybercrime initiatives have expanded as the company moves past the integration of Level 3 and consolidates technology across its now larger footprint.

The threats are continually growing. “We’re seeing an explosion in global cybercrime,” said Chris Richter, the vice president of Global Security Services for CenturyLink in a press release. “Bad actors are motivated, organized and adaptable. To defend themselves, businesses need threat intelligence with the scope, the depth and the relevance for enterprises to take the necessary steps to protect themselves now and in the future.”

CenturyLink Cybercrime Capabilities
The company provided insight into how it is counteracting these threats. CenturyLink relies on Adaptive Threat Intelligence, a cloud-based platform that provides customized threat intelligence and alerting infrastructure to its customers. Those alerts are supported by the carrier’s global backbone. CenturyLink Threat Research Labs use machine learning and verification techniques to provide Adaptive Threat Intelligence with improved threat scoring and custom threat sets.

CenturyLink also recently announced cybersecurity initiatives focused on the growing mobile workforce. To protect these users, CenturyLink introduced Adaptive Network Security Mobility in January. The approach is to route mobile traffic through Adaptive Network Security gateways. This enables consistent application of security policies regardless of where users are connected. The system relies on remote VPN access to corporate networks via IPSec or SSL-based Internet connections. This, in conjunction with a standard Web browser, provides end-to-end encryption and tunneling 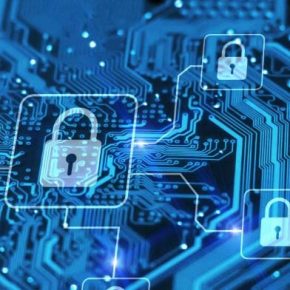