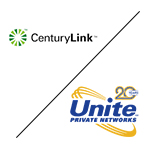 A second deal this week concerning CenturyLink divestiture of Level 3 assets was announced by the company, with news that the Department of Justice has approved the sale of certain Level 3 assets to Unite Private Networks (UPN) of Kansas City. When completed, UPN will purchase Level 3 network assets in Albuquerque, N.M.

CenturyLink announced a similar deal with Syringa Networks for Level 3 assets in Boise, Idaho. These deals fulfill certain divestiture requirements imposed by the DOJ for approval of CenturyLink’s acquisition of Level 3.

Like the Boise deal, this deal is only for the actual network assets, and not existing Level 3/CenturyLink customers. According to a CenturyLink press release, CenturyLink will continue to serve existing customers in the Albuquerque market, “[u]nless they choose to be served by UPN following the closing of the sale.” In continuing to serve those customers, CenturyLink may purchase network connectivity from UPN.

“The acquisition of the former Level 3 network in Albuquerque will allow UPN to serve business customers in Albuquerque almost immediately upon closing, accelerating our initial plans to service the business community,” said Jason Adkins, President of Unite Private Networks in a press release. “Once the transaction is approved, we will quickly work on deploying 100 Gigabit capabilities in Albuquerque.”

UPN operates several metro/regional fiber networks across the country, including key markets like Dallas, Denver, and Des Moines. Their network currently reaches over 300 communities across 20 states, with 8,500 metro fiber route miles, and over 5,000 on-net buildings.

CenturyLink Divestiture Requirements
CenturyLink is required to divest Level 3 assets in Albuquerque, N.M.; Boise, Idaho; and Tucson, Ariz. In each of these markets, CenturyLink will continue to serve legacy Level 3 customers, unless they choose to go with the new provider.

This divestiture plan does not include legacy CenturyLink network assets in these markets, which the carrier operated before the Level 3 acquisition.  CenturyLink will maintain those legacy assets and “[c]ontinue to provide a full suite of leading edge telecommunications services to residential and business customers…”in these markets.

The DOJ consent decree also mandated that CenturyLink divest 24 strands of dark fiber connecting 30 specified city-pairs across the country in the form of an Indefeasible Right of Use.