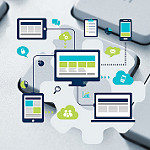 If you haven’t done so already, it’s time to add big-data-as-a-service to your cloud service lexicon. CenturyLink yesterday launched CenturyLink Big Data as a Service (BDaaS) with Managed Cloudera, a data management and analytics service that would appear to mesh well with enterprise customers’ digital transformation plans.

CenturyLink Big Data as a Service
The CenturyLink BDaaS offering is based on Cloudera’s Apache Hadoop-based data management and analytics platform. Cloudera has offered that platform on a cloud basis for some time but doesn’t typically use the BDaaS moniker.

According to the press release, the CenturyLink BDaaS solution provides storage, processing and management components deployed on CenturyLink’s bare metal servers, which suggests that the offering will be delivered from CenturyLink data centers. Late last year, CenturyLink agreed to sell its data centers to a consortium owned in large part by venture capital firms in a deal that was expected to close this quarter. But the carrier said it would retain a minority stake in the consortium.

This isn’t the first time CenturyLink has delved into big data or worked with Cloudera. In 2013, CenturyLink’s Savvis unit announced a suite of big data offerings, including some services based on Cloudera technology. And in 2014, CenturyLink acquired big data analytics firm Cognilytics.

Cloudera has certified CenturyLink’s bare metal infrastructure, according to the press release.

Telecom providers such as CenturyLink are among numerous entities pursuing opportunities involving enterprise customers’ digital transformation – using cloud, big data and social technologies to transform how companies do business.  Some industry observers have argued that big data opportunities are too complex for any individual company to tackle on its own, however – and the new CenturyLink Cloudera offering would appear to be a good example of the sort of partnership needed to best pursue big data opportunities.

In addition, customers will have the option of using data and advanced analytics consulting services supported by Cloudera-certified data scientists and Cloudera Hadoop solution administrators, developers and architects.