Home » CenturyLink and Supplier to Pay $575K Fine for 911 Outage

CenturyLink and West Safety Services have agreed with the FCC on a Consent Decree under which they will pay a total of $575,000 in connection with a multistate 911 outage that occurred on August 1, 2018. The CenturyLink 911 fine is $400,000 and West Safety Communications will pay $175,000.

The two companies will implement a compliance plan to “to help ensure the integrity and reliability of the nation’s 911 network.”

The outage lasted 65 minutes. The press release offers Minnesota as an example of the impact. In that state, CenturyLink failed to deliver 693 emergency calls to about 70 public safety call centers.

The compliance plan requires the companies “identify risks of disruptions to 911 service, protect against those risks, ensure detection of outages, prepare to respond quickly and effectively to outages, and plan to restore services as quickly as possible,” the press release said. The two companies must report on their efforts to the FCC for the next three years.

This is not the first 911 problem CenturyLink has had. In August, the FCC released a report on a CenturyLink 911 outage that occurred on December 27, 2018. It was a “sunny day” outage, meaning that it was not caused by weather or a natural disaster. This type of problem is increasingly common as network functionality is centralized and reliance on Internet protocol increases.

The outage was caused by a fiber outage and lasted 37 hours, far longer than the one for which CenturyLink was just fined, which suggests that additional fines could be forthcoming. The December 2018 fiber outage impacted as many as 22 million subscribers across 39 states. This included about 17 million customers across 29 states who lost access to 911 service. At least 886 calls to 911 were not delivered, the FCC said. 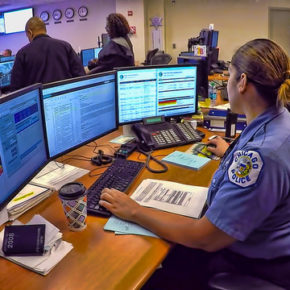