LA MIRADA, CA — March 26, 2013 — The Corporation for Education Network Initiatives in California (CENIC) today announced a record-breaking year for the California Research and Education Network (CalREN), the advanced network serving California’s K-20 research and education communities and thus providing high-performance connectivity to over 10 million Californians every day. Traffic flowing through CalREN to external networks topped out at 18 Petabytes in February 2013, with a 99.1% growth rate over February 2012. The growth rate from January 2012 to January 2013 was similarly impressive at 93%.

CalREN consists of nearly 3,000 miles of fiber-optic cable running throughout California to which institutions in all 58 of the state’s counties connect via leased lines or dark fiber. It links nearly 10,000 California K-12 sites, the 112 campuses of California’s Community Colleges, all 23 campuses of the California State University, all 10 campuses of the University of California, private universities including Caltech, Stanford University, and the University of Southern California, along with numerous off-campus sites and other institutions. As well as connecting the vast majority of California’s K-20 research and education communities with one another, CalREN also links them with colleagues globally at extremely high speeds through its connections with other similar networks throughout the world.

“These impressive trends in traffic growth are only the beginning of a new era for CalREN and the CENIC communities,” said CENIC President and CEO Louis Fox. “In the months to come, CENIC will begin implementing 100G connectivity to CalREN for early adopter institutions in California. Of course, the West Coast backbone for the Pacific Wave international peering exchange by which CalREN connects to similar networks in the Pacific Rim is already operating at 100G, so we look forward to accelerating this growth in network traffic even more in the future.”

Pacific Wave is an international peering exchange operated by CENIC together with the Pacific Northwest Gigapop and is operated in collaboration with the University of Southern California and the University of Washington. Over 40 countries’ advanced networks peer with one another at any of five locations in three cities along the US West Coast, all connected by a 100G backbone.

Last month, CENIC also previewed ultra-high-speed network-enabled research at an invited workshop co-sponsored with the California Institute of Telecommunications and Information Technology (Calit2) and the US Department of Energy’s Energy Sciences Network (ESnet), and held at Calit2’s Atkinson Hall on the campus of UC San Diego. Speakers and attendees at “100G and Beyond: Ultra High Performance Networking in California” examined the ways in which 100G networking will revolutionize scientific, medical, media arts, smart manufacturing, scientific workflows, and network research itself as well as examining the campus cyberinfrastructure necessary to enable campuses to take full advantage of the coming bandwidth.

“CENIC’s leadership in rapidly upgrading to 100G is critical to maintaining the competitiveness of California’s research institutions,” said Larry Smarr, founding director of Calit2. “The National Science Foundation just awarded UCSD a grant to build 10-80Gpbs dedicated optical fibers across the campus connecting our data-intensive researchers. Obviously, UCSD will require a 100G connection to CENIC, and through it to the national and international research networks, to make effective use of UCSD’s new Big Data Freeway system.” 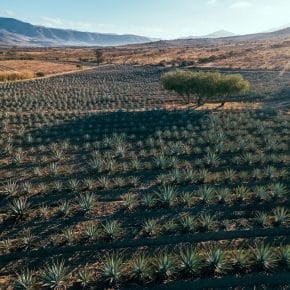