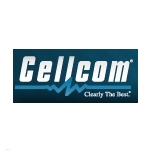 Just as I finished my post announcing Thumb Cellular’s partnership with Verizon for Rural LTE, I got word that Cellcom has also inked an agreement with Verizon for the program (thanks @RTGWireless).

“We pride ourselves on always being on the leading edge,” said Patrick D. Riordan, president and CEO of Cellcom. “This partnership will allow Cellcom to once again deliver the same technology that is offered in major metropolitan areas to residents of Northeast and Central Wisconsin and select areas of Michigan’s Upper Peninsula.”

Cellcom says they hope to launch their 4G LTE network in the first quarter of 2012 – a timeline which falls in line with their Verizon rural 4G LTE partner brethren.

As we discussed with the Thumb Cellular announcement, it’s not entirely clear where these rural 4G LTE partners fit within the developing Verizon 4G LTE ecosystem. Verizon made several 4G announcements during CES last week and introduced 10 initial devices, including four smartphones and 2 tablets.

Will their rural partners gain access to them? “At this time, no further details are available about equipment, pricing, usage, etc.,” Verizon spokeswoman Robin Nichol revealed to Telecompetitor in an email.