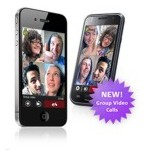 Americans are keen to expand the range of mobile telecommunications options available to them. Fast-growing awareness of the capabilities afforded by digital network convergence and cross-platform devices and delivery services are fueling Americans’ desire to make use of voice-to-text, text-to-voice, voice control and video chat capabilities, according to new research from the Consumer Electronics Association (CEA).

Consumer awareness is the first step toward adoption of any new product or technology, and awareness of all of these technologies is quite strong, CEA found: nearly 50% of the online U.S. adult population has seen or heard something about voice-to-text and text-to-voice in the past 12 months. The numbers are higher for voice control and video chat, with 62% and 65%, respectively having “some familiarity with the specific feature.”

“Mobile devices, such as powerful smartphones and tablet computers, are increasingly coming to market with these features already built in and have, in turn, catapulted these technologies into the realm of consumer desires,” CEA senior research analyst Kevin Tillmann commented.

“These technologies are quickly becoming an integral part of Americans’ lives and are significantly changing the way in which consumers interact with their tech devices.”