Home » CBRS Rules and Wireless ISPs: What Impact Would Contemplated Changes Have? 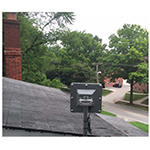 I checked in recently with some stakeholders to get their take on potential changes to CBRS rules and wireless ISPs (WISPs), with the goal of better gauging the potential impact of the proposed rule changes on the WISPs.

In recent years, wireless ISPs have had considerable success from both a business and societal point of view. Using fixed wireless technology, WISPs have brought broadband to rural areas lacking other broadband options and in many cases, have also achieved a strong return on their investment.

WISPs had been anticipating even better fixed wireless economics, potentially creating a business case for even more unserved areas, thanks to new spectrum the FCC had planned to make available in the CBRS band. But those plans are in jeopardy now that large mobile carriers have asked the commission to change direction on CBRS.

CBRS Band Plans
The CBRS band is comprised of a 50-MHz band between 3650-3700 MHz that is already in use by some WISPs, along with an additional 100 MHz between 3550-3650 MHz. Current FCC plans call for auctioning about half of the full band, up to 80 MHz in total, with licenses issued by census tracts for periods of three years. Spectrum sharing technology will prevent licensed and unlicensed users from using the spectrum in exclusion zones near military bases and along coastlines where and when the spectrum is in use by the military.

WISPs that have deployed service in the 3650-3700 MHz band have hoped to win some of those licenses and upgrade the equipment already in the field so that the equipment can use the entire band. That upgrade could be achieved via a software upgrade without requiring truck rolls, explained Steve Coran, chairman of the Broadband Practice Group at law firm Lerman Senter PLLC and regulatory counsel for the Wireless Internet Service Providers Association (WISPA).

WISPs are allowed to use the 3650-3700 band as the result of a 2015 FCC decision, and according to WISPA, at least 63% of WISPs have deployed equipment in that band.

Large nationwide mobile carriers also have designs on the CBRS band, however. They argue that the band would be well suited to 5G mobile service and is likely to be used for that purpose globally, potentially yielding economies of scale that will help minimize equipment costs. The large carriers want larger license areas and longer license periods, however.

The FCC currently is considering making those changes and if they do, WISPs say they are unlikely to be able to afford CBRS licenses.

“If you’re a small business, you’re priced out of the market,” commented Jeff Kohler, CEO of Rise Broadband, in an interview. Rise has been acquiring WISPs and now claims about 200,000 customers nationwide, making it the company that may have the most at stake with regard to CBRS band plans.

If CBRS band rules are changed as the large carriers have requested, WISPs would still be able to use the CBRS band on an unlicensed basis. About half of the band would not be auctioned, including the 3650-3700 MHz band that WISPs already are using. In addition, WISPs would be able to use licensed CBRS spectrum in areas where license holders have not deployed service, explained Coran.

According to Kohler, however, the 3650-3700 MHz band already is becoming very crowded. If the large carriers get their way, only 30 MHz of spectrum would be added for unlicensed use and “as quickly as the 50 MHz got used up, we would face the same issue,” Kohler said.

Kohler was not enthusiastic about the possibility of using licensed CBRS spectrum in areas not built out by license holders.

“The problem is investment and uncertainty,” he said. “At any time, a carrier could put up a cellsite and the next day you don’t have access to that spectrum anymore.”

CBRS Rules and Wireless ISPs
Kohler’s attitude toward the CBRS band has changed quite a bit since Telecompetitor talked to him in 2016 before the large mobile carriers asked for the rule changes. Kohler at that time said fixed LTE in the CBRS spectrum had the potential to dramatically improve WISP economics, potentially enabling the WISPs to reach even more unserved or underserved customers.

The fixed wireless deployments that WISPs have made in the 3650-3700 MHz band have relied largely on LTE technology already available for that band, according to Coran. Because LTE technology has been widely deployed for mobile applications, it benefits from significant economies of scale.

If CBRS rules are changed in the way the large carriers have asked, the upward potential for WISPs and their customers would be diminished considerably in comparison with what Kohler outlined two years ago. When we talked to him this week, however, he suggested that if that were to occur, the WISP business wouldn’t be any worse than it is today; it just wouldn’t get the lift it would get if CBRS plans were to proceed as initially outlined.

“It’s situational,” explained Kohler. “When we’re looking at a tower, we can choose the frequency that will deliver the best solution.”

An FCC decision in favor of the large carriers also would drive Rise to “be very active” with regard to the commission’s plans for the 3700-4200 MHz band, Kohler said. He said that band, like the CBRS band, has excellent propagation, but manufacturers are not as far along in developing fixed LTE equipment for that band, which means deployment would be “further down the road,” Kohler noted.

WISPs could face another battle over the 3700-4200 MHz band, however. Here, too, some stakeholders envision rules that would favor mobile carriers.

A Middle Ground Solution?
I can’t help wondering if there might be a middle ground solution for the CBRS band, particularly considering that WISPs are mostly interested in rural areas and the mobile carriers are most interested in urban areas. Couldn’t the FCC use large license areas for urban areas and smaller rural licenses? Maybe the length of time the licenses would last could also vary by geography – or maybe the license period could be greater than three years but less than 10.

I’d be interested to hear what readers think about this.

2 thoughts on “CBRS Rules and Wireless ISPs: What Impact Would Contemplated Changes Have?”