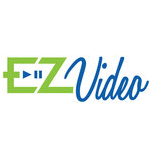 Independent broadband provider Canby Telcom, based in Canby, Oregon, is set to launch a channel on the Roku OTT set-top-box, which features a package of live local broadcast channels and video-on-demand from its own local content channel CTV5. The move illustrates the emerging trend of broadband TV, where broadband carriers look to leverage the convergence of OTT video and broadband into a video offer of their own.

Canby will take eight existing broadcast channel feeds in MPEG-2 and adapt them to multi-bitrate Apple HTTP Live Streaming (HLS) using Elemental video processing systems. The local broadcast channel line-up, which will include NBC, CBS, FOX and others will then be delivered to an authenticated channel on the Roku platform for subscribers to watch their local channels.

Not OTT
This channel is not delivered over-the-top across the open Internet; rather, it’s delivered through Canby’s managed local broadband access network. Canby intends to start offering the service to their existing 5000 broadband customers in June, but also intends to offer the service to their 5000 wholesale Internet subscribers, who come through Canby affiliated ISPs in the Portland, Oregon DMA.

Canby is an existing IPTV operator and looks at the Roku offer as a complement to their existing triple play bundle, extending the reach of their video capabilities to include this new broadband TV approach. “Our new EZVideo channel on Roku allows us to provide an affordable, premium-quality video service targeted to customers who are looking to augment their current digital television service with an OTT solution,” said Keith Galitz, president of Canby Telcom in an Elemental press release.

Broadband TV Opportunity
Broadband TV is an emerging trend that I suspect will see significant momentum in the months and years to come. Video is the dominant source of traffic for broadband networks. Sandvine recently reported that 68% of all Internet traffic during peak times consists of “real time entertainment.” It’s only natural for broadband carriers, whether they offer traditional subscription video like cable/IPTV or not, to look for more ways to monetize that video traffic. Canby will charge $14.95 for the offer (which includes the Roku box), when paired with a 10 Mbps broadband tier or better. Customers who subscribe to their IPTV offer can save $5.

Many companies already package Roku, Apple, and other OTT set-top-boxes with broadband promotions. Broadband TV is the next evolutionary step, where carriers will look to offer branded content channels/apps across those devices, with the goal of generating incremental revenue as a result. Solutions from Roku, Elemental, Telechannel and a host of others are beginning to emerge.