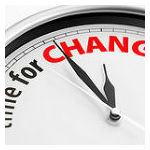 The New York Times recently published an interesting story, Shifting Tech Scene Unsettles Big Players, in which Quentin Hardy highlights how large bellwether IT companies like Microsoft, Dell, and HP are struggling to adapt to a new business environment. These companies built their fortunes on a hardware, particularly personal computer (PC), based environment. But we’re in a post-PC era now, where software, mobility, and the cloud dominate. These firms are having serious trouble adapting. This struggle has parallels to telecom, and it makes me wonder about the ILEC community’s ability to adapt to a changing business climate.

Many of the same issues impacting large IT firms also apply to the telecom industry and the ILEC community in particular. Put aside for a second the changing regulatory framework, which I admit plays a significant role in the ability to adapt. Focusing on marketplace changes, where software and the cloud are driving transformational changes in how telecom and broadband services are delivered and consumed is arguably much more important.

The Software Telco
Telecom networks that have historically been very “iron” hardware based are now becoming software based. Concepts like software defined networking (SDN), network function virtualization (NFV), and IP multimedia subsystem (IMS) are introducing the idea of the “software telco,” where service providers can adapt in near real time to marketplace demands and realities.

Customers, both consumer and business, are relying on the network in very different ways. Access to the network is no longer tied to a physical location or a single device, and the flow of information across that network must create value for end customers, not just be available.

These transformational changes can wreak havoc for companies that don’t recognize them and adapt accordingly. Hardy points out in his NYT article, Microsoft, HP, and Dell can’t adapt quickly enough and companies like Apple, Google, and Amazon are benefiting as a result.

ILEC Adaptation Needs Technology and Market Focus
For ILECs, particularly small independent telcos who lack scale, adapting to the times has never been more critical. Ensuring their networks are transforming is one aspect. That transformation will certainly include finding partners who can provide scale and innovation for a software dominated world, where lack of scale and “independence” can work against you.

It will also mean expanding product portfolios to meet changing customer demands. Offers like hosted and unified communications will become increasingly important, not only in incumbent markets, but also in targeted out-of-market opportunities. In an IP, software based marketplace, geographic boundaries have little meaning. This important transformation includes not only technology and operational adaptation, but market focus adaptation as well.

Make no mistake, this is tough stuff. “Some folks are hoping to retire and their 401(k) is big enough,” Patrick Gelsinger, who worked at Intel for 30 years and is now the chief executive of VMware, a company that makes software used in cloud computing, tells Hardy in his NYT article. “Some are disheartened because they couldn’t figure out how to adapt. Some are still putting their heads down.”

Can independent ILECs transform quickly enough? I believe so. But not without recognizing these transformational changes, finding the right partners to help navigate them, and introducing new hosted IP products, not only in their incumbent territory, but beyond it as well.